As if by magic my copy of the Whisky Bible 2014 arrived this morning – woo0-hoo! 🙂 And the entry for this 12yo is, drum roll please, still 78/100 with the same comment as the 2013 bible! Now, either the whisky hasn’t changed, which might be possible, or the author has been a bit lazy here. I have to wonder how much of the bible is simply copied forward year-upon-year. I suppose you could say the same about most dictionaries but whisky changes more frequently than words.

I’m yet to try this 12yo but I’m tempted now to track down an older bottle, pre 2012, to have as a comparison. I bet I end up loving this version because it will still have the Highland Park flavours, which are delicious! 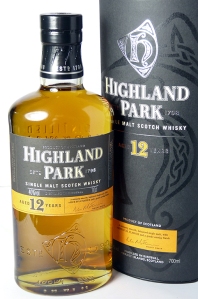